Posted by Unknown on July 24, 2015
On a recent trip to Austin, I was determined to visit one of the pioneers of mobile cupcakes, Hey, Cupcake! and not only did I manage to do that, I also stopped into Delish!, another cupcakery that just happened to be within walking distance as well. 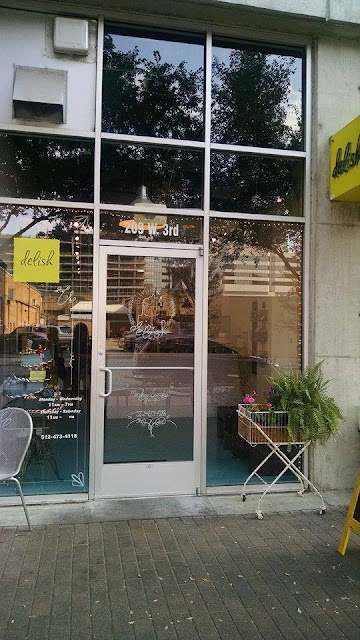 It was a cute hole in the wall in downtown Austin, with an industrial feel.  Greeting us at the door was an incredible goth style Willy Wonka display cake.  They must have amazing decorating skills! 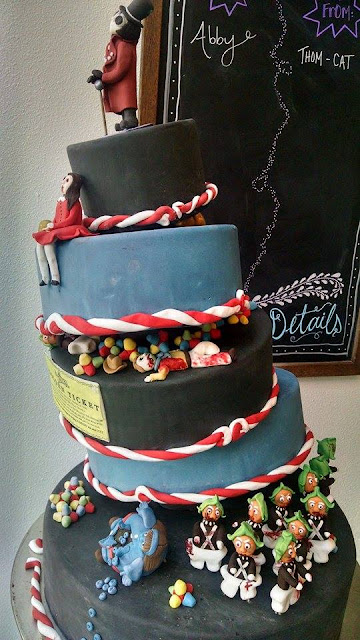 There weren't many cupcakes to choose from, but it was late in the day.  What worried me more than that was that none of them looked very "special", especially after seeing that cake. 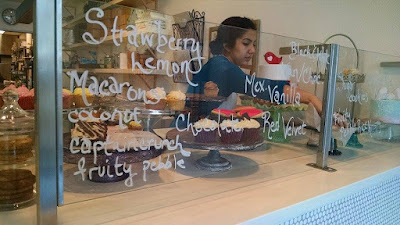 We chose Lemon, Red Velvet and Mexican Vanilla and bought a macaroon for good measure. 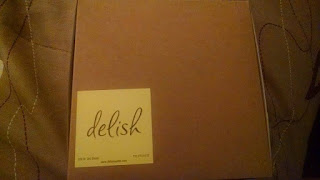 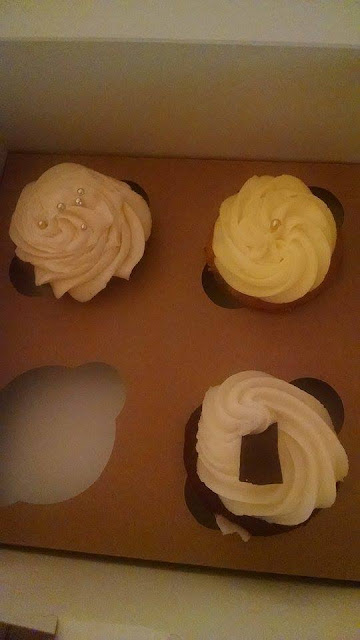 Unfortunately, these cupcakes were basically inedible.  After one taste, we threw them away.  Sticky icing, dry, tasteless cake.  Not worth the calories or the price. (The macaroon was good). In the end, we spent about much time trying them as they did decorating them.

Now on to Hey, Cupcake!  They have several locations, and although I'm not sure if we made it to the original one, I did make sure we went to one with their signature silver airstream with the huge rotating cupcake on top, located in an eclectic, artsy neighborhood in downtown Austin. 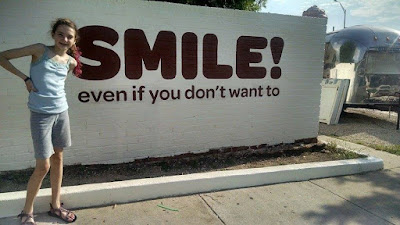 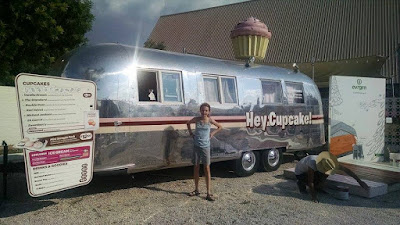 My daughter is the model :)

Isn't that the cutest thing you've ever seen!?  I didn't get a picture of this, but the biggest, burliest man you could imagine was inside that hot airstream slinging cupcakes. We found that juxtaposition hysterical.  I even felt a little funny ordering from him! 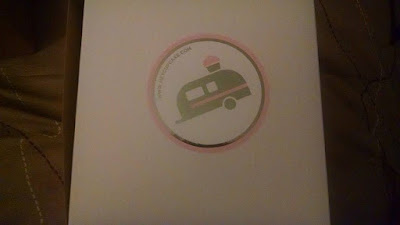 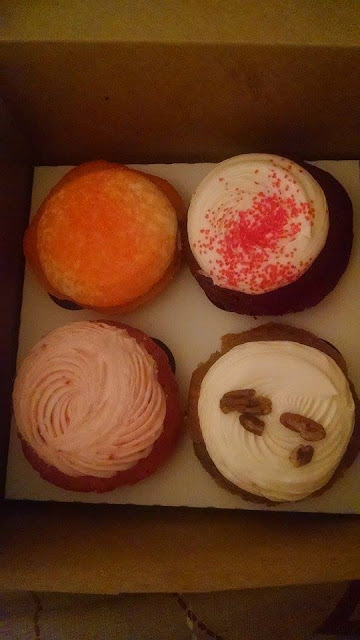 These cupcakes were gorgeous and looked very promising, except they came from a refrigerated case.  I suppose that's practical in the Austin heat, but never makes for a very tasty cupcake experience.  Luckily, we could wait until we brought them back to our hotel for dessert.  We got Red Velvet, Orange Dreamsicle, Strawberry and Carrot Cake.  These were better than Delish, but still nothing I'd make a return visit for.  I was very disappointed overall since I've followed this cupcakery from the beginning.  The carrot cake had good flavor, but the other three tasted artificial and they were all dry, with almost a non sweet bready consistency.  The icing was again sticky, so maybe that's how they like it down there, but we prefer light and fluffy most of the time.  After a single taste (two tastes for the carrot cake), these also went into the trash :(.
Austin carrot cake Delish Hey Cupcake Macaroon mobile red velvet review Texas