Posted by Unknown on June 02, 2016
So, of course I had to stop in and try these after seeing a billion commercials for it and because pancakes. 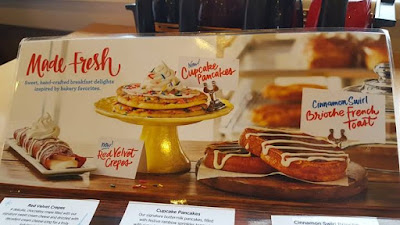 They were out of the Red Velvet Crepes :(, but I tried the other two. 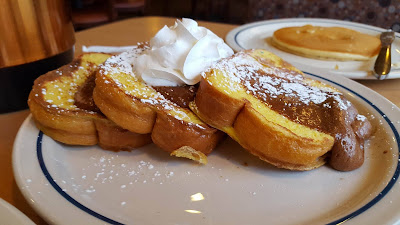 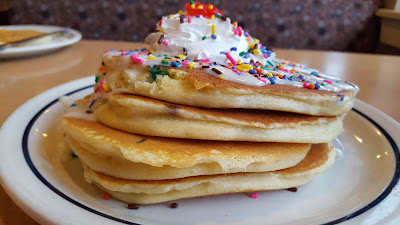 The Cinnamon Swirl Brioche French Toast was TO DIE FOR, but the pancakes more or less just tasted like pancakes, but you know, even a bad pancake is...anyway, it's not a cupcake.
cinnamon French Toast ihop pancakes