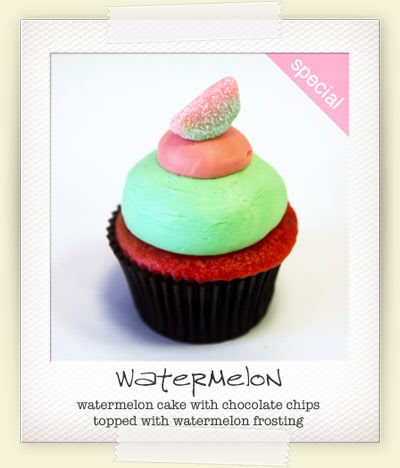 It's the June cupcake of the month at Rutherford, NJ's Sweet Avenue Bakeshop, and is available every Tuesday and Thursday. "It’s a watermelon-flavored cake with chocolate chips, topped with watermelon frosting & a watermelon candy."

Inspired by the Sweet Avenue one, here are a few more watermelon cupcakes from our Flickr pool: 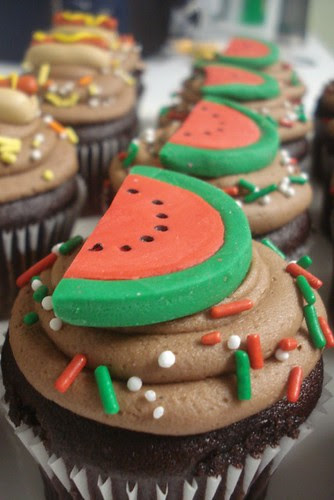 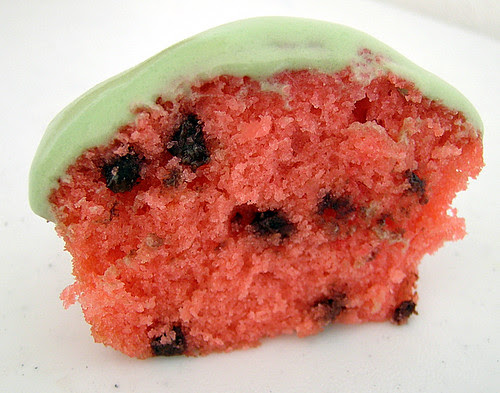 (we love this one so much we're posting it again - we try very hard not to repeat photos but for this roundup I'm making an exception)
from The Sweetest Kitchen via Flickr. Jamieanne writes:

I thought this was a really cute idea so decided to try it out. I halved the recipe for Magnolia Bakery's vanilla cupcakes so I would get just one dozen instead of two (although I ended up with 14). I added 10 drops (give or take a drop) of red food coloring and 1/4 cup plus about a tablespoon more of mini chocolate chips.

I then used a watermelon frosting recipe I found here, though was disappointed that the frosting was too liquidy to pipe at all, even after refrigerating it for a while. It does taste nice, however! Oh, and I added green food coloring to the frosting as well.

I’d like to find a watermelon frosting that is pipeable, so if anyone knows of one, please tell me! If I could have piped this I would have liked to split the frosting into two parts - one the light pink color and the other the light green color, then put the two colors into a pastry bag to get a swirl effect. Also what might be nice is a cute little slice of watermelon made out of fondant, placed on top of the cupcake. 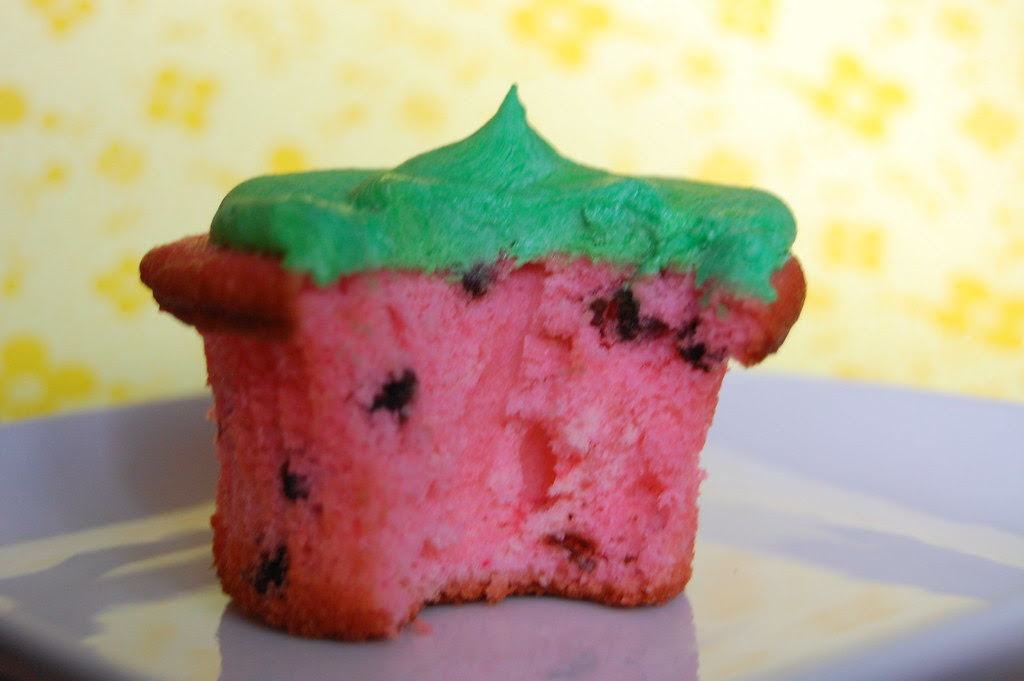 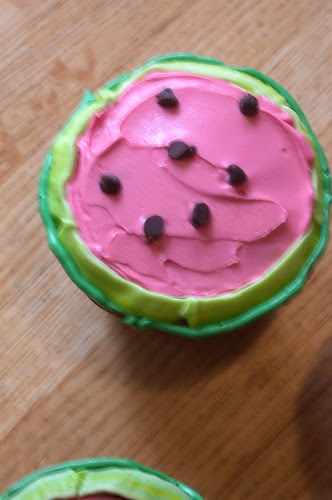 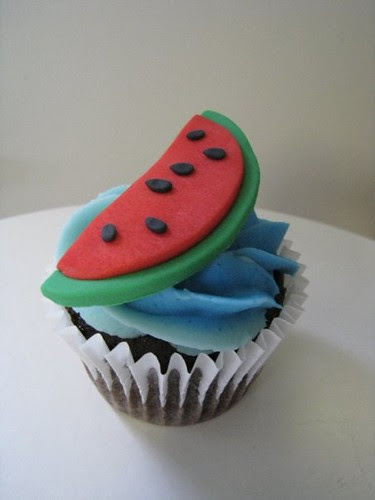 Anonymous said…
I love watermelon flavor.. I bet it makes a very big surrprise to everyone who tastes one. I will look up some of the recipe frosting ideas. I hate hard icing and so this will be a treat.
Thanks for sharing : )
6/03/2009 1:09 PM

Anonymous said…
I think JELLO has a watermelon flavor in the summertime. You might try using the dry jello in the frosting maybe that would give it flavor and color without the liquid mess. Just a thought. : )
6/03/2009 1:13 PM

Jamieanne said…
Thanks for reposting my watermelon cupcakes! :D