Rocket Queen Cupcakes born out of the recession

Posted by Rachel on October 27, 2009
I'd been meaning to post about Rocket Queen Cupcakes, but never did (it's been that way a lot around here lately). She's also @Rketqueencupcak on Twitter and has a Facebook page, which is where I got the images in this post. 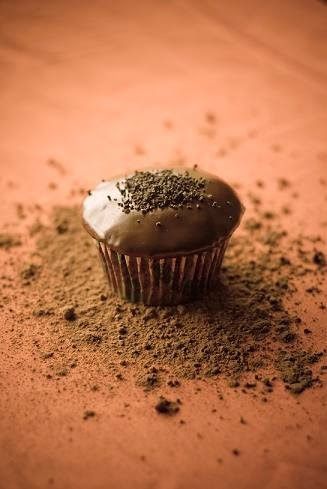 So this article in the Albany Democrat-Herald is a great opportunity to do so and give some background information:

Jessica Stanley of Albany lost her job at a roofing company last year when it downsized, so to make up for lost income, she learned how to bake cupcakes to sell commercially.

Now she makes hundreds at a time for weddings and birthday, cocktail and office parties. On weekends they are available at the Calapooia Brewing Co. in Albany.
Her biggest sellers right now are pumpkin, s'mores and her signature bacon cupcake.
"That's really a dude cupcake," she said. "No one who ever tried it didn't like it."

The basic cake flavor is vanilla, with bacon pieces mixed in. Stanley smears maple butter cream frosting on the top and finishes it with a candied piece of bacon.

"Now I'm doing what I love," said Stanley, 29, of her Rocket Queen Cupcake business. "After I lost my job, my mother suggested that I do what I love, which is cooking. Originally, I looked into the culinary program at LBCC, but it made sense to do cupcakes after Mary Anna Bakery closed."

To get started, she looked through old family recipes and checked out cake recipe books from the library in Corvallis.

"I sampled a lot of recipes and then I modified them by adjusting the spices, liquids and extracts," she said. 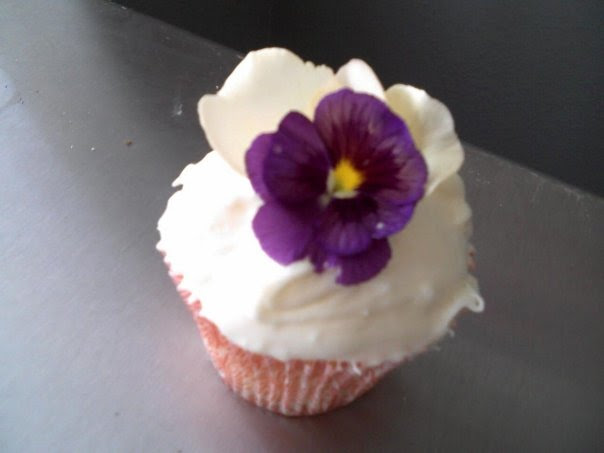 Here are some of the flavors Rocket Queen Cupcakes offers, via their site:

A unicorn on a rainbow
Pink cake, pink frosting, and topped with sparkly sprinkles

Squealer
Yellow cake with bacon pieces in it, frosted with maple butter cream and topped with a candied bacon piece

Our Little Blessings said…
Thank you for posting! I'll be going to Albany next week. Maybe I can try some cupcakes. I grew up in Albany and its always fun to see it mentioned.
10/28/2009 11:46 AM

Jessica said…
Hope's- Let me know when you'll be in town via email and i can arrange for you to get some cakes!