Sweets in the Suite: Cupcake Royale at Safeco Field 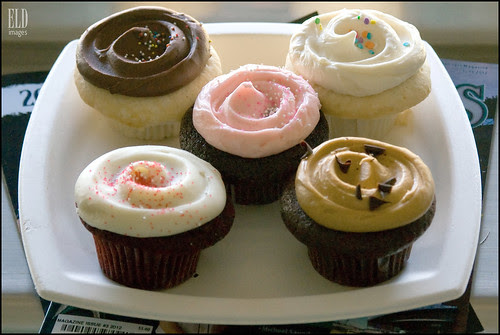 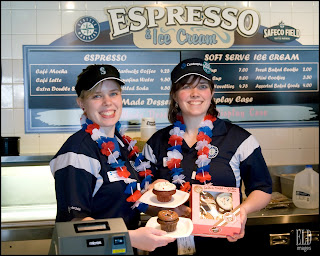 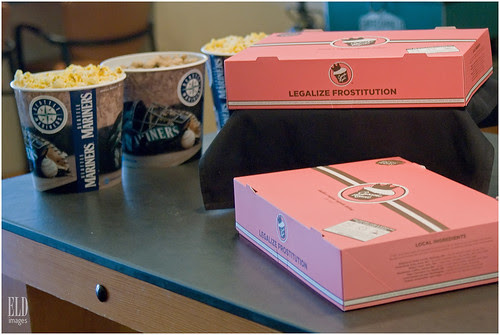 Our Seattle stringer ELD Images and his wife Muffin D’Amour recently had a chance to sample some flavors that aren’t currently on the Safeco Field roster, while at a Mariners game, thanks to Laura Glass of Cupcake Royale, who arranged for delivery of two dozen cupcakes to the suite. Thanks, Laura! The non-roster invitees – in keeping with the baseball theme – included: Classic (a no-nonsense vanilla cake with heaps of chocolate frosting – surprisingly not on the roster); Dance party (white cake with pink frosting and confetti decoration – might not fit in with chewing tobacco and sunflower seeds); and Kate (pink vanilla frosting on chocolate cake). 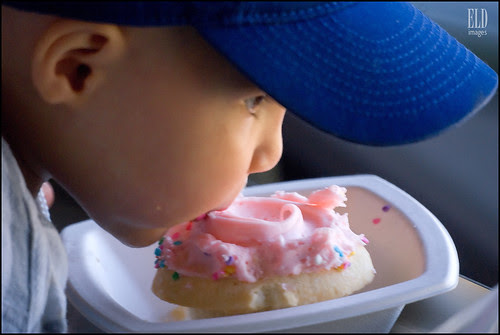 Dance party destroyer at the game. 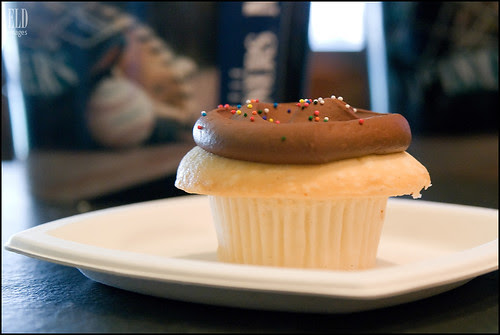 
It seems like a natural fit for Cupcake Royale to design a baseball cupcake, perhaps vanilla buttercream frosting with red stitching, or a cupcake with the Mariners’ compass rose logo (admittedly, that would be labor-intensive, but worth it, in our opinion), but nothing has been forthcoming yet. We can only hope.  Could they also be developing a beer cupcake?  Hmmm… 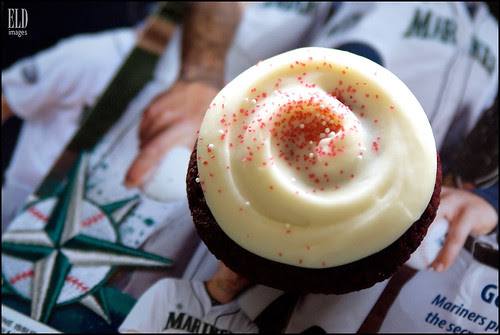 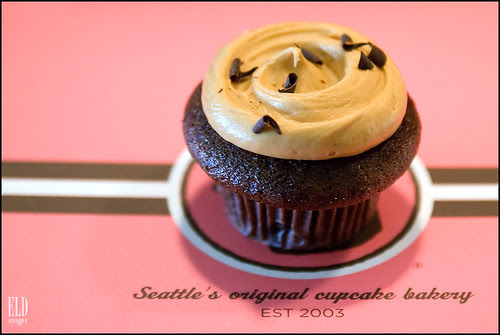 Cupcake Royale’s current Safeco Field roster stands at four: Red velvet, plain Jane, triple threat and salted caramel. Red velvet recently overtook plain Jane as the top ballpark seller, according to Laura.  Laura also informed us that triple threat – a dark chocolate cake with dark chocolate frosting – comes spiked with a shot of Stumptown espresso, which could come in handy on those too-frequent days when the Mariner bats are comatose. Salted caramel was commissioned for the Obama inauguration (!). All the cupcakes were moist and came piled with enough hand-swirled frosting to satisfy even the most wired sugar-eater. 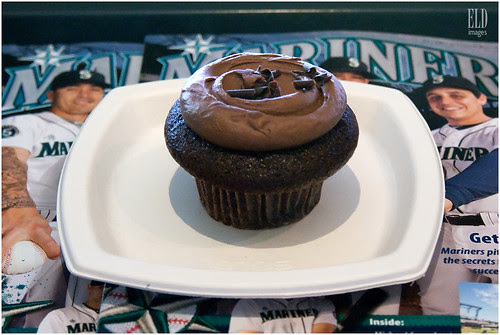 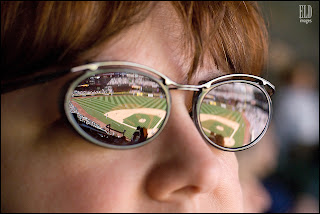 Muffin D'Amour, wife to ELD Images, and chief tasting officer. Excellent shot of her at the game! And speaking of excellent game shots, you can see more of ELD's baseballs shots here and cupcake shots here. 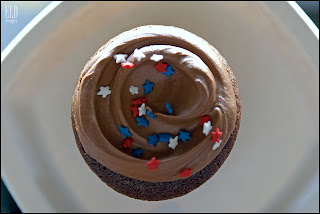