Orange You Glad I Ate A Hostess Cupcake? 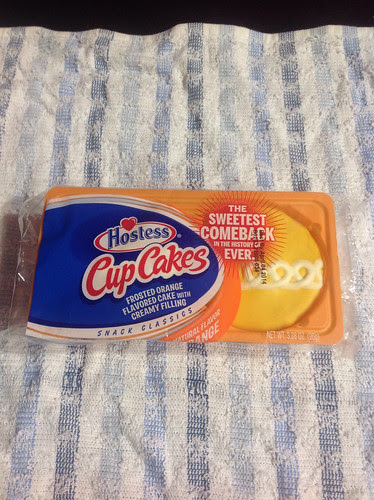 The Hostess cupcakes are back. The chocolate cupcake has always been a favorite of mine, but last week was the first time I had the orange cupcake. The problem with the cupcake is on the label, "orange flavored". The cake itself was fine, but the frosting on top with the orange flavor is awful. I had expectations that the orange flavor would taste sorta like the orange vanilla awesomeness of Creamsicle.