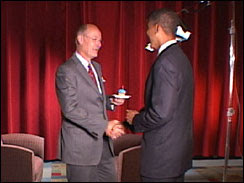 Before Barack Obama sat down for an interview with Harry Smith Thursday, Obama somehow got wind of the fact that it was the Early Show co-anchor's birthday.

So, when Obama entered the room for the chat, he had a little surprise: Obama was carrying a birthday cupcake, with one lit candle on it -- singing "Happy Birthday"!

As Harry was about to blow out the candle, Obama stopped him and reminded him to make a wish.

And, on the show Friday, Harry told co-anchor Maggie Rodriguez that he hadn't gotten what he'd wished for -- a revelation by Obama of his pick for a running mate!

This is just the latest in Barack Obama Cupcake Mania.

Here's some of what you'll find in it: 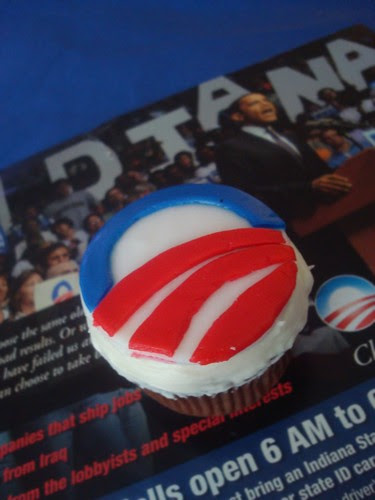 by Flickr user and blogger Happiness in a Bite, who says "the Obama logo fits perfectly on a cupcake!"

There were also these cupcakes from Obama's visit to Jordan: 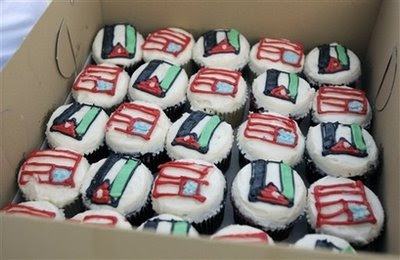 And Hudson, Ohio bakery Main Street Cupcakes made these salty and sweet chocolate popcorn Obama cupcakes during the primaries (they also made Hillary Clinton and John McCain cupcakes): 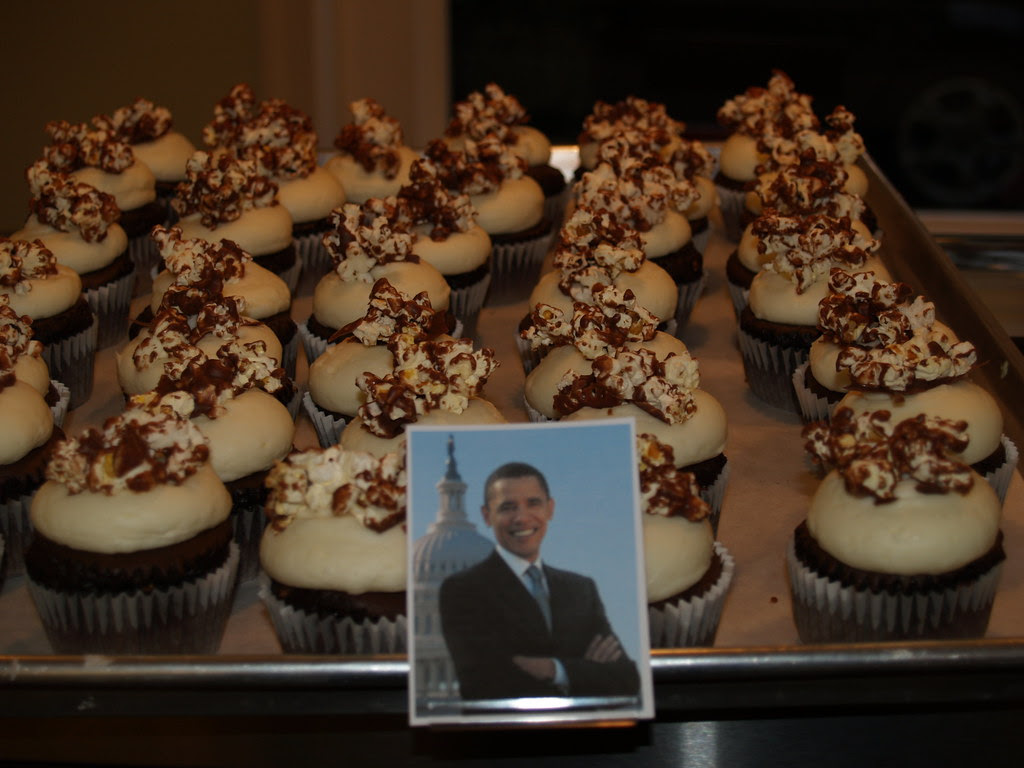 Seattle bakery Cupcake Royale had a Cupcake Caucus in February: 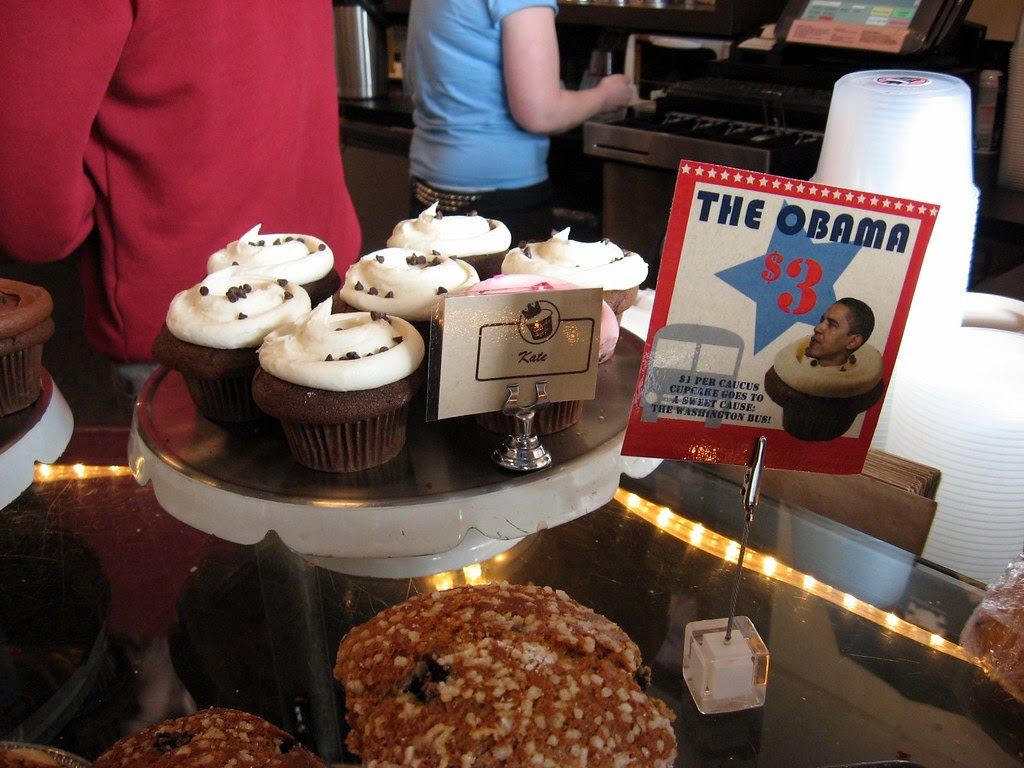 And over in Denver, Happy Cakes Bakeshop is offering O Cakes during the Democratic National Convention. From the Happy Cakes newsletter: 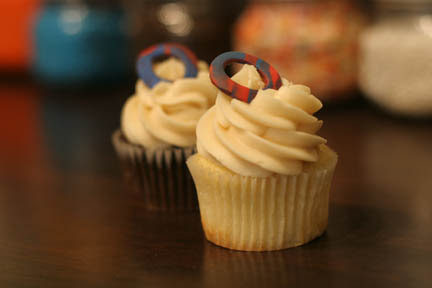 All eyes will be on Denver later this month as the city plays host to the Democratic National Convention. Happy Cakes Bakeshop is celebrating this historic event with O-Cakes in honor of presumptive Democratic presidential nominee, Barack Obama.

Moveon.org has launched a whole Bake Sales for Obama/Hungry for Change campaign. Here's one photo set. 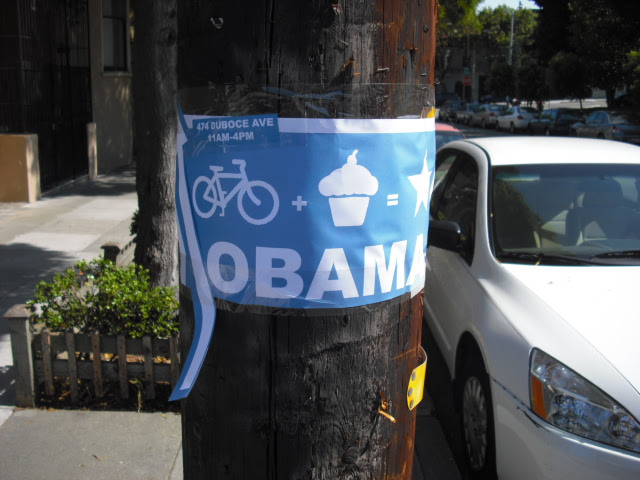 Any of your favorite Happy Cakes flavors can be transformed in to O-Cakes with the addition of red and blue fondant "O's." O-Cakes are a great addition to your political celebrations. They will be available Friday and Saturday, August 22 and 23, and Tuesday, through Friday, August 26 through 29.

Though O-Cakes will be available in the Shop, you are encouraged to call ahead and place your order. Call the Shop at 303.477.3556 or send us an e-mail (info at happycakesdenver.com) with your order details.

So does Obama have a lock on cupcakes? Is it because his logo fits so well on them? Where are the McCain cupcakes?

Note: Cupcakes Take the Cake is a non-partisan blog, but we do cover politics and cupcakes when they converge.

Previously on Cupcakes Take the Cake:

Terra said…
Check out this Obama Cupcake! From Trophy Cupcakes in Seattle Washington.

Anonymous said…
check out this obama cupcake at cupcakes by sonja (philippines)!